Matrix Boxing Program Comes Back To Life After COVID 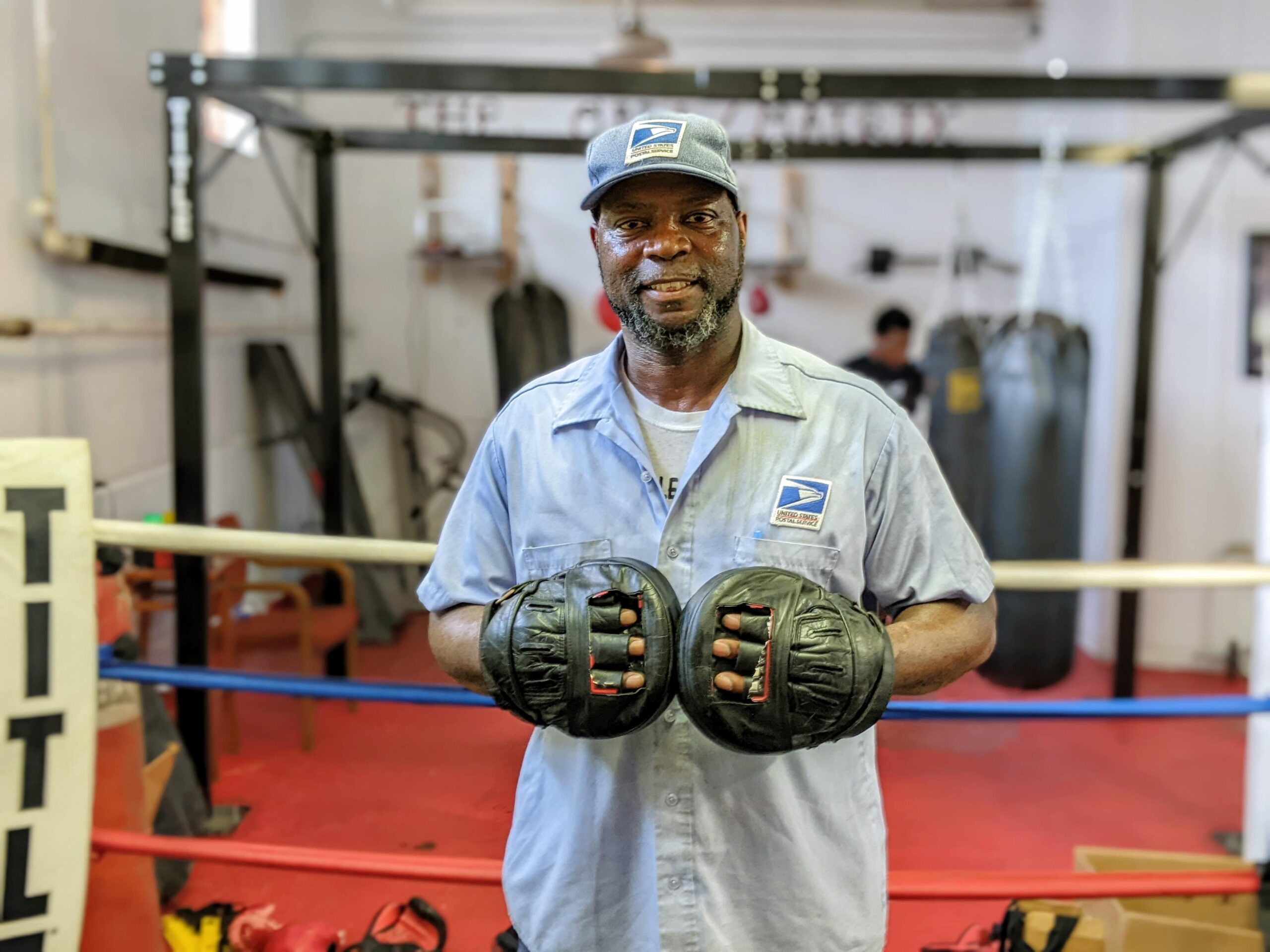 If you live on the Eastside of Detroit, you might recognize Mr. Carlos Chambers as your local mailman, delivering for the United States Postal Service (USPS) for the past 28 years. But in the evenings, Carlos is known as someone else entirely… “Coach,” to the many kids who have participated in The Matrix Boxing Program over the years.

It all started in October 2015 when Carlos was introduced to The Matrix Center after having spent years coaching kids at different boxing gyms around the city. Quincy Jones, Executive Director at The Osborn Neighborhood Alliance, had been working at The Matrix Center and had the idea to offer boxing along with the Matrix Midnight Basketball Program, which already had a regular group of about 30 kids. Quincy’s brother, Gerard Jones, was close friends with Carlos, both having spent years together as boxing coaches, so the transition to Matrix was seamless.

“Most kids liked basketball, but we had a few kids that was really interested in boxing, so we got a few kids from that program, then we had a bunch of our fighters that we would train from years past that would come over to the gym once we opened it up.” – Boxing Coach, Carlos Chambers

At first, boxing was offered 3 nights a week, and soon enough, they went full-scale to 5 nights a week. At the time, kids and coaches would literally play and train at midnight, in an effort to keep kids off the streets and provide them with something safe and productive to do instead.

Soon enough, the boxing program became just as popular as the basketball program, hosting 20 to 30 kids every night, thanks to the dedication of Carlos and his coaching partner volunteering time every night.

“We were getting a stipend for $250 a month, but that was really just gas and food money. We end up spending more than we are getting, but it’s nothing but love. Love for the kids, and then you know, they give the love back to us.”

Beyond keeping kids off the streets, the program goes much further in developing character and providing role models as well.

“We give them a well rounded idea of manhood is about. Especially for the men and for the girls, because some of the girls, they don’t have father figures, like real father figures in their life, so it’s a way to help the kids. After they fought, we take them out to eat, take them to different places, take them to different gyms, different events, we used to travel all over Michigan. They get to see a town they’ve never seen before. Some have never been out of Detroit. We went to Cadillac, Michigan, Cleveland, Ohio, St. Louis, Indiana, Las Vegas… Sometimes the Golden Gloves will pay for a fighters travel. And some of them have never been in a plane before or been somewhere new.”

In the years leading up to 2019, many kids developed the skills to compete in competitions all over midwest and even throughout the country. Some kids in the program competed for Golden Glove awards, a boxing competition for a variety of age groups hosted in various cities throughout the Midwest.

But once COVID hit, the program came to a screeching halt.

Carlos did his best to keep the program going after COVID to give kids something productive to do. So after church on Sundays, some kids would meet him at a park and do outdoor exercise drills to keep their boxing skills sharp, but close boxing practice was not possible.

However, three months ago, Carlos received the go-ahead to open the gym up again after more than two years of hiatus.

“Most of them, even when they don’t come to the gym, they check up on me and say ‘hey coach, how you doin?’ and that means a whole lot more than the actual boxing, that they have a fellowship with me, after the years have passed, they still call and check up on me.” 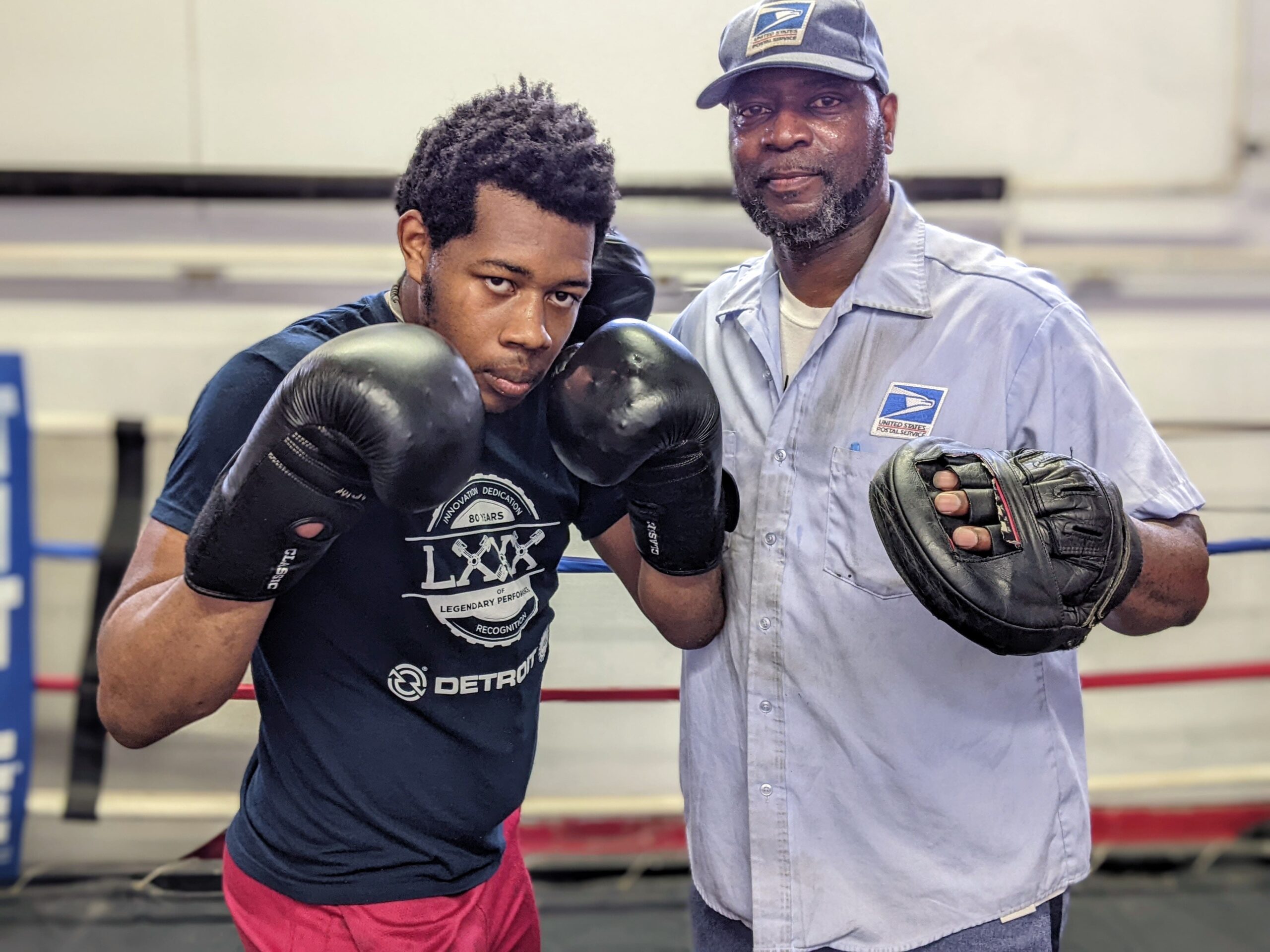 – Coach Chambers and James Ashley, boxer at The Matrix Center

James Ashley is one of the many young adults who is grateful for the program after being involved for the past three years.

“I got a physical disability so boxing is the best of both worlds because it makes me mentally stronger, spiritually stronger, brought me closer to God… And then I started winning with a disability, so it’s good to know how to defend yourself in the world we live in.”

Isaiah Phillips is also happy to be back at The Matrix Center boxing and coaching. 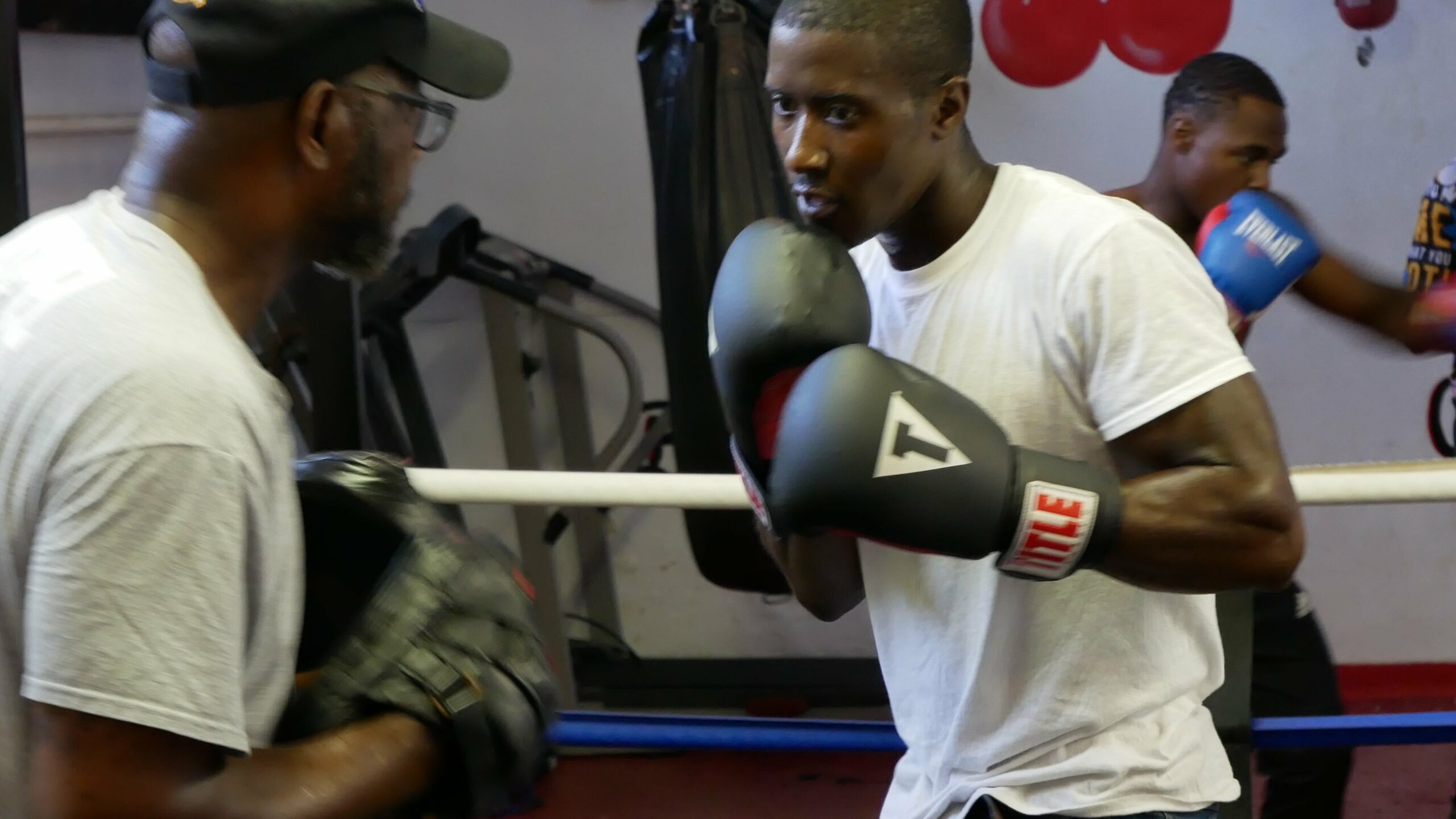 – Isaiah Phillips, boxer and coach at The Matrix Center

“I’ve been a part of the program for about five years now. The program has been good to me. It opened the door for me to start coaching a couple young guys from the neighborhood. It also helped me start my boxing career so I’m coaching boxing here at The Matrix Center. Training kids and everyone, it’s a good family community here so we welcome everybody.”

Now that the program is back to life, coach Chambers is ready to get back to a full schedule. Right now, The Matrix Boxing program happens three nights a week at The Matrix Center (13560 E. McNichols rd. Detroit). Call 313-526-4000 to inquire about signing up for the program.

If you would like to learn more about our Youth Program for kids ages 10 to 17, please visit: https://www.matrixhumanservices.org/youthassistance/