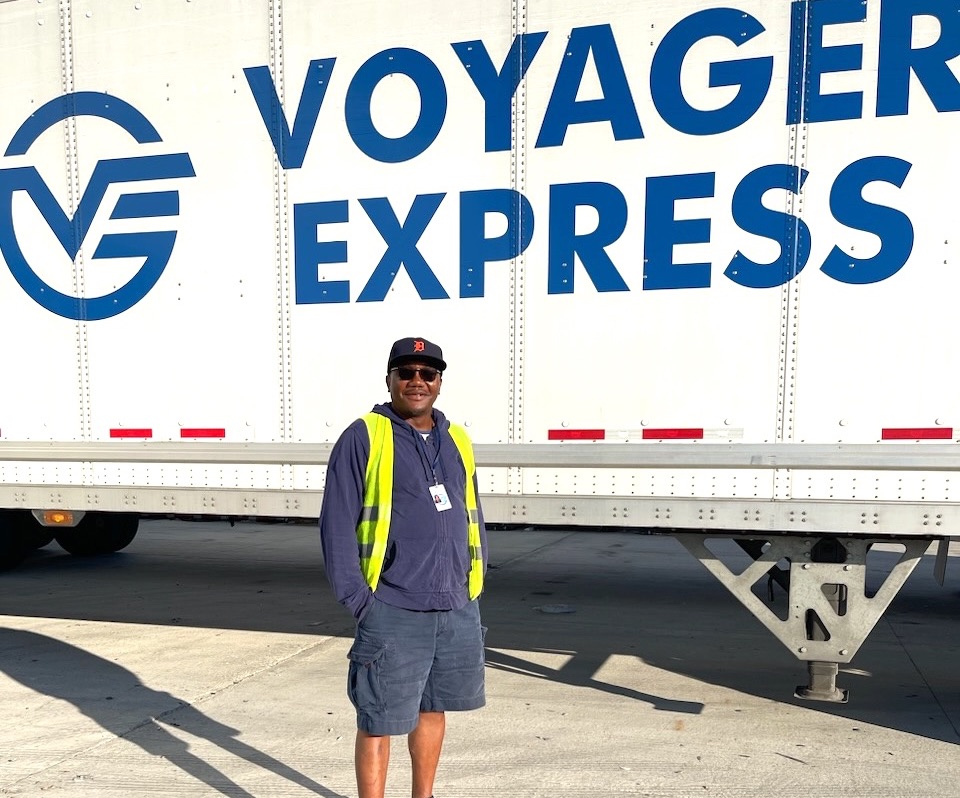 Marcus Fleming is one of the most humble men you could ever meet. You could describe him as a loving father, or a happy grandfather, or a faithful husband, but to employers, he was seen simply as a convicted felon.

Marcus makes no excuses about his criminal history and watching time pass behind bars changed his perspective. After serving time for his third conviction, he knew the plan would be different this time. He told himself he would finally learn a trade skill that would allow him to be home with his wife and granddaughter, provide for them, and show his kids that it’s never too late to turn your life around.

However, Marcus knew the deck was already stacked against him. The United States has more prisoners per capita than any country on earth, where nearly 1 in 3 adults have a criminal record.  Not only is prison reform a desperate issue, but assimilating convicts back into society after serving their time has been a major failure, considering 27% of ex-convicts are unemployed.

Despite this, Marcus was determined. In his speech for Matrix Human Services Mission Breakfast annual fundraiser, Marcus summarized five major hurdles that he faced after coming home from prison before he could achieve his dream of living a normal life.

1.  Living under home confinement with an ankle bracelet, Marcus was struggling to get passes from case managers at his halfway house so that he could go to job interviews.

2.  Limited work experience and no trade skills made it hard to find better employment.

3.  Difficulty finding funding to go to school and training programs.

4.  Lack of work experience made it difficult to create a resume.

5.  In Marcus’ own words, “I had to change my mindset about how I viewed working an honest job and remind myself who I was doing this for, and make peace with my decisions. This is by far the struggle I am most proud of – that I overcame.”

Marcus viewed this new opportunity as a life or death situation where failure and prison were not an option.  He started doing research online, looking for ways to obtain a Commercial Driving License, also known as CDL, or any other trade certificate that he could get for free. Unfortunately, he was met with unanswered calls and emails from trade schools in the area.

But everything changed when Marcus contacted a friend who knew someone who was affiliated with Detroit at Work, a program created by the City of Detroit that connects job-seekers with training programs for in-demand career sectors. 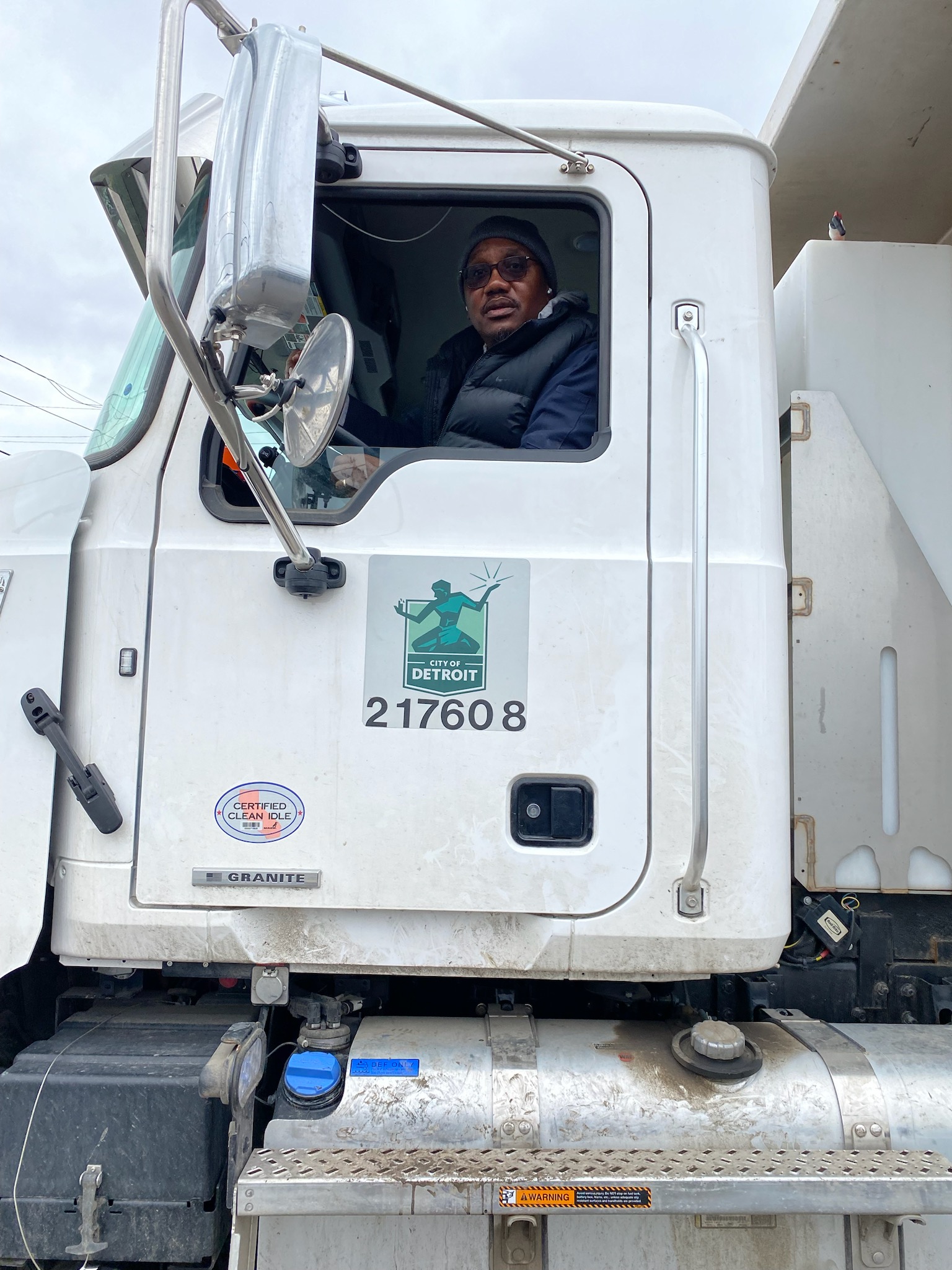 In 2021, Marcus enrolled in CDL school with Detroit at Work and within four months he had his CDL license, while still on home confinement.

Since driving long distances was out of the question, Marcus attempted to find a truck-driving job that would allow him to work locally, however, after multiple interviews and drug tests, Marcus still continued to be denied based on his criminal background.

He was back to the drawing board, but not defeated.

Eventually, he learned about the Skills for Life Program, which is a unique program offered by the City of Detroit allowing participants to be paid $15 / hr working on projects important to the city while receiving training toward a credential that leads to a career.

Marcus was all in, eager to help beautify the city while gaining more skills and experience. On his second day of work, he finally got to use his Commercial Driver’s License driving dump trucks, which meant more valuable experience for his resume.

“She was very helpful and attentive to my story and everything that I was saying to her about my goals in life and what I was looking to gain from the program.  She was very encouraging and she did not look down on me because of my returning citizen status.” – Marcus Fleming

Matrix Human Services is one of many organizations in the city that partners with The Skills for Life program to provide the professional training services portion of the program.

Almost right away, Marcus began to benefit from resources through his Matrix Career Coach, Ms. Micou. She connected Marcus to a 0% Home Repair Loan program through the City of Detroit as well as a Felony Expungement Program.

“Matrix played a major part in my Skills for Life Course throughout my time in the program and gave me the confidence that I have today in myself.” 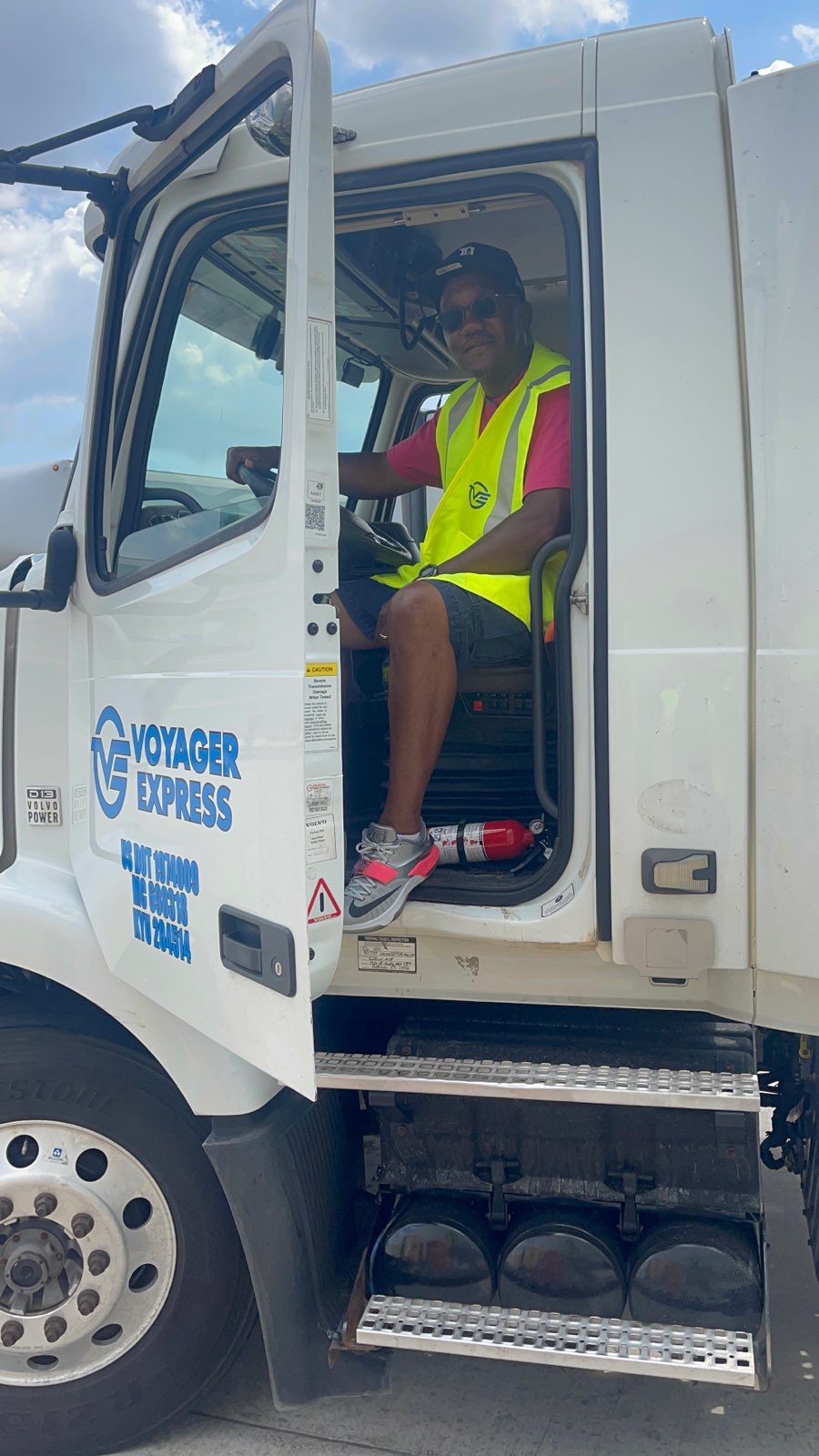 By the time Marcus completed the program, he was receiving emails daily for job openings in the construction field. He had finally overcome each of the five major obstacles.

Matrix also played a role in the Heavy Equipment portion of Marcus’ Skills for Life course by hosting group discussion every morning about financial literacy, hosted by Matrix Career Coach, Javay Coleman. The class would discuss financial goals, credit, spending habits, and budgeting, empowering each individual with skills to improve their quality of life beyond their careers.

“I really enjoyed this daily discussion because we were not just learning about safety in the workplace and how to use equipment, but we were also preparing for and learning about what to do with the money – once we got that good paying job – when we were done with the Heavy Equipment Program.” – Marcus

Now that Marcus has left the program with a full resume and long list of new certifications and qualifications, he had no trouble finding a local truck driving job delivering parts to the Chrysler plant where he is now happily employed, working well over 40+ hours a week.

Marcus’ resilience and determination made it possible to overcome major hurdles to employment that most people will never experience. The Matrix Human Services Skills for Life program in partnership with the City of Detroit was the vehicle that Marcus needed to overcome those barriers.